Home> News >Hitachi SEM Receives Order for Around 5,400 Distribution Transformers from the Republic of the Union of Myanmar’s Ministry of Electricity and Energy

Hitachi SEM Receives Order for Around 5,400 Distribution Transformers from the Republic of the Union of Myanmar’s Ministry of Electricity and Energy (English, PDF Type, 221 kByte)

Hitachi SEM Receives Order for Around 5,400 Distribution Transformers from the Republic of the Union of Myanmar’s Ministry of Electricity and Energy (Burmese, PDF Type, 204 kByte) 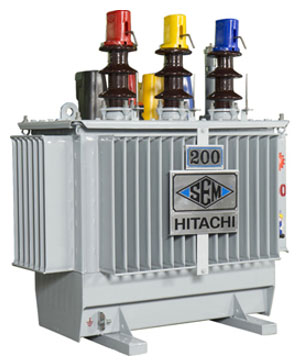 Tokyo, September 28, 2017 — Hitachi Soe Electric & Machinery Co., Ltd. (“Hitachi SEM”)—a subsidiary of Hitachi Industrial Equipment Systems Co., Ltd. (“HIES”) in the Republic of the Union of Myanmar (“Myanmar”)—has received orders for the delivery of approximately 5,400 distribution transformers from the Myanmar Ministry of Electricity and Energy. The total amount of the orders is equivalent to approximately $15 million USD.

Demand for electric power in Myanmar has been increasing rapidly because of economic development in recent years, and the establishment of power infrastructure to support this demand is now a major issue. The Myanmar government has set itself the medium- to long-term goal of increasing its electrification ratio, from the current level of 37% (in 2016) to 100% by 2030. As one aspect of this initiative, in September 2015, the government formulated “Myanmar National Electrification Project (NEP)” ; a plan which aims to achieve electricity supply to every household in Myanmar through the establishment of a nationwide power distribution grid, with funding from the World Bank.

On this occasion, the first formal bidding in relation to equipment for the NEP was conducted, and Hitachi SEM successfully received orders for the delivery of approximately 5,400 distribution transformers. Hitachi SEM will commence sequential supply of the transformers from October 2017, contributing to the achievement of the plan to increase the nationwide electrification ratio in Myanmar to around 50% by 2020. Moving forward, Hitachi SEM will continue to support the stable supply of electrical power in Myanmar through the design, manufacture, sales, installation and maintenance of power transmission and distribution devices, with a primary focus on power and distribution transformers.