The collaboration this year included Hitachi’s sponsorship of the television (TV) programme, “Managing Asia: Asia Builders” and an on-ground event at the Hotel Indonesia Kempinski on 11 June 2015. The on-ground event served as a live-audience filming of the popular programme, “Managing Asia” that features candid exchanges between notable leaders and successful business persons, and was broadcasted in two-parts on 26 June and 3 July across CNBC’s TV and digital platforms.

The second session was an in-depth interview with the renowned Ciputra family, a billionaire architect-property tycoon in Indonesia. Representing the Ciputra Group were Dr (HC) Ir. Ciputra, Founder and President Commissioner, together with his son, Mr Candra Ciputra, President Director of the Ciputra Group. The Ciputra Group is well-known for its pioneering spirit in large scale developments in Indonesia such as the CitraGarden City Jakarta in 1981, and later on the Ciputra Mall and Hotel.

From the pre-event poll taken amongst guests, there was a common consensus that Transportation and Infrastructure is Asia’s most urgent urban development challenge; sustainability is second. In response, Mr Hirohiko Morisaki, Managing Director of Hitachi Asia Ltd. said, “Hitachi’s Social Innovation Business focuses on improving the quality of life for the global community by combining infrastructure solutions with advanced information technologies (IT). As such, we are excited to partner CNBC once again for this meaningful event. While Hitachi is already working closely with key stakeholders from both the public and private sectors regionally to solve urbanisation-related issues, this event will provide new perspectives on how Hitachi can better address critical issues through our expertise in areas such as transportation, energy and water solutions.”

Through this event, Hitachi hopes to increase its presence of the Hitachi brand and establish a strong foundation by networking with local stakeholders to expand the business in Indonesia and Southeast Asia. 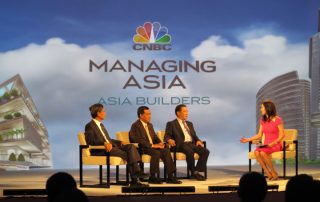 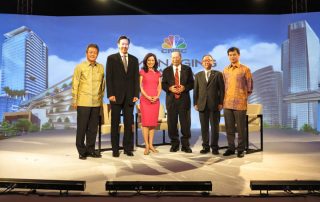